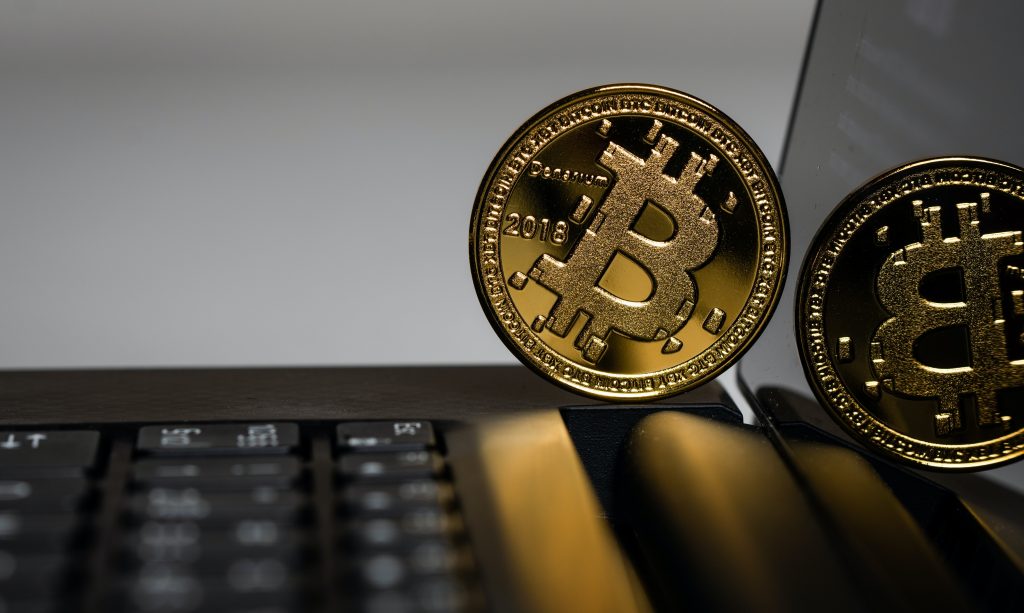 Bitcoin has been all over the news lately as large corporations are investing billions of dollars into this cryptocurrency. While it may seem like a tangent to FIRE and real estate investing, the more I learn about it, the more it seems to be a tool to protect wealth. In the past few weeks, Bitcoin’s value has more than doubled and continues to rise as a single unit is worth close to $50,000. Some factors driving the climbing value is that the demand for Bitcoin’s limited supply, coupled with the Federal Reserve printing more money, which reduces the value of the dollar.

However, its complexity creates a major barrier to entry and is extremely nuanced. It is not unlike how people viewed real estate investing a few decades ago, but it is far less tangible.

My husband Chad has a background in computer science and information technology so I have someone to help me interpret some of the jargon, but I’m also working on a free online course from the Saylor Academy to really dig into what Bitcoin is and how to use it to achieve FIRE.

The Saylor Academy is a nonprofit initiative that offers free and open online courses. It was started by Michael Saylor, chairman & CEO of  a publicly traded business intelligence firm called Microstrategy. He’s a huge proponent of Bitcoin and does a lot of advocacy. Advocates against Bitcoin also exist and a future post will venture into those arguments.

I’m not going to lie. The Saylor course is dense, with a lot of articles written by extremely smart and tech-oriented people. I thought I could write up one post to sum it up, but it has a lot of moving parts.

Defining Bitcoin is complicated. Simplistically, it’s a digital commodity and its value rises and falls based on “whether and how much other participants will value it” as described by Vijay Boyapoti in an article called The Bullish Case for Bitcoin.

Bitcoin is minimally regulated by government entities like the IRS in the United States. The amount of Bitcoin is fixed, meaning that only 21 million Bitcoins will be produced over a predetermined schedule that is set to end in 2140. No entity can unilaterally decide to create more of it in the way that paper currency can be printed as decided by the ruling entity. Bitcoin is run by code and recorded over a ledger in a block chain.

The set number of Bitcoins makes it a scarce resource and its value is protected because it is difficult to change the code to increase the supply because it has no central authority. For fiat currency or stocks, a central authority can decide to print more money or issue more stocks, which lowers the value as it becomes less scarce. Bitcoin is a software with an intricate code. You can read the White Paper issued by Satoshi Nakamoto, the presumed pseudonym of the person or people that created Bitcoin. The currency is mined by people or systems that compete in a game to win the right to record the transaction on the ledger.

Transactions are recorded pseudo anonymously through public addresses on the Internet. You have to provide your identification, usually in the form of a driver’s license, to use an exchange to purchase cryptocurrencies. So if you use a website like Coinbase*, your identity is linked to the exchanges you make there. It’s all part of the United States’ Know Your Customer (KYC) regulation. Regulations in other countries may vary or not exist at all.

In the words of Vijay Boyapoti:

The key attribute that makes Bitcoin valuable for proscribed activities is that it is “permissionless” at the network level. When bitcoins are transmitted on the Bitcoin network, there is no human intervention deciding whether the transaction should be allowed. As a distributed peer-to-peer network, Bitcoin is, by its very nature, designed to be censorship-resistant.

Because of this, Bitcoin was originally popular in the black market because there were no KYC regulations. Now, many feel that Bitcoin will eventually replace fiat currencies that are regulated by governments and become a global currency.

Finding a good comparison to Bitcoin is difficult. It is quite unlike anything else out there in terms of financial goods. Some say it is undertaking the same path as gold in evolving into a currency. However, for the less economic-minded, one way to think of it is comparing it to fine art, say purchasing a Monet or a Picasso: it has a limited supply and over time, its value should appreciate. All you have to do is dedicate some funds and find the right time to sell it.

What are you thoughts on Bitcoin or cryptocurrency? Have questions? Submit them to [email protected].