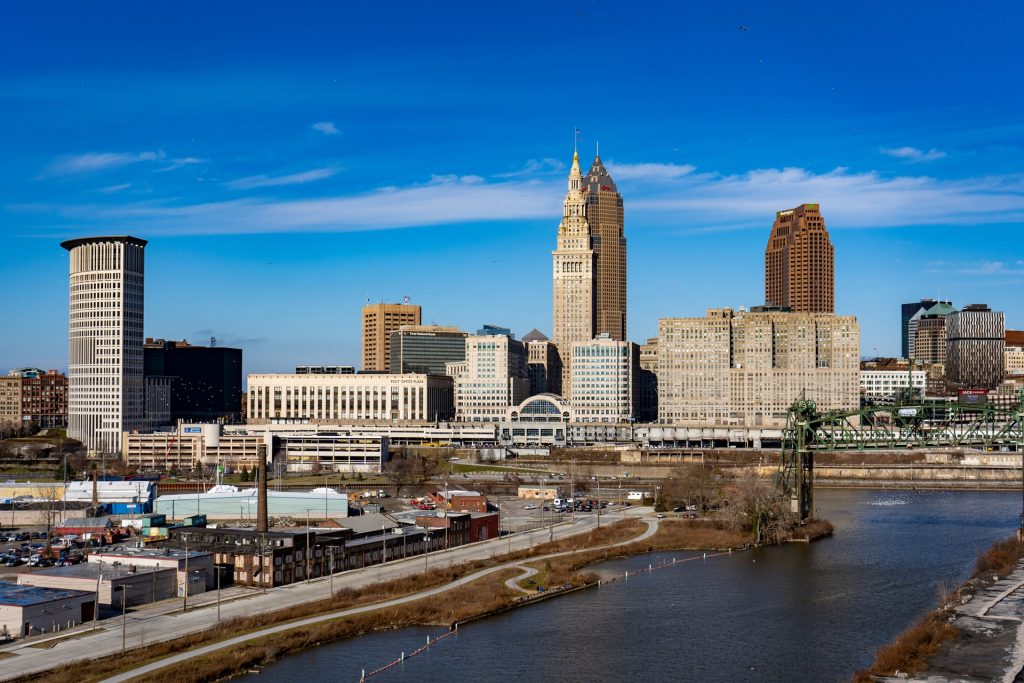 Clint owns about 25 doors in Cleveland, but lives in another state. At the time, he and his team had just acquired a five-unit home that needed to be renovated. The Squatter started out as a handyman that Clint and his group hired to work on his properties. He had been doing work for about six months for them.

They had the Squatter gather bids and shortly after, the Squatter mentioned he didn’t have anywhere to live. They offered to let the Squatter move in and work off his rent by fixing up the units. No property manager was hired at the time to check in on the place or see if the Squatter was holding up his end of the deal.

“It went south real quick. He was supposed to do a couple of fixes at the property and he just wasn’t doing it,” Clint said. They found out the Squatter had fallen off the wagon and was abusing substances at their property. Then they found out he was renting the other units to other junkies. Then COVID hit and evictions were suspended until the end of the summer. Nearly two months later, they were able to get him legally removed.

The squatter claimed to have rights, but it’s actually not true. A squatter is someone who occupies the property of another person without authority or permission with the intention of staying or living there. Someone can also become a squatter when he or she overstays his or her welcome.

The only way a squatter can retain the right to a property is through “adverse possession.” This means a person has uncontested ownership of a property for a certain period of time. This period varies by state. After sifting through several sources, usually that duration is between seven and 10 years. The person has to be using the property for what it’s meant for (i.e. a residence, a farm etc) and is treating it the way an owner would by installing locks, putting up a fence, etc.

Tenant is defined as a person who occupies real property owned by another based upon an agreement between the person and the landlord/owner, almost always for rental payments. The agreement can be written or verbal and can be an exchange of services for rent, such as a handyman doing work for the landlord as rent payment. Tenants do have rights. They have the right to a habitable home (as defined by federal and state laws) and a right not to be discriminated against, and the landlord has to respect the term of a lease, to name a few.

If a landlord wants to remove a tenant from a property, they have to provide notice to the tenant as the first step to taking legal action. If a tenant breaks their contract with the landlord, such as he or she stops paying rent, the owner has a strong case to remove someone from their property.

A trespasser is someone who enters a property unlawfully and the steps to remove them usually involve calling the police. This person does not have the landlord or owner consent to access the property. A squatter can be a trespasser but a trespasser may not be a squatter. BiggerPockets also provides some insight to who is and is not considered a squatter, including holdover tenants. A holdover tenant is a renter that a renter who remains in a property after the expiration of the lease.

Clint is a seasoned real estate investor with more than a decade of experience. In addition to the 25 doors in Cleveland, he has completed 25 flips in Denver and Houston. He works with partners and uses hard money and private funds to purchase properties.

“We are fixing something up in a lot of the communities we’re in. We are picking up vacant homes and it helps the neighborhood,” he said about his real estate investments. It was this spirit that led him and his partners to allow the handyman turned professional tenant to stay at one of their properties.

“We really thought we could make money and also help people,” Clint said, referring to the arrangement with the Squatter. “But you can’t assume people are going to do the right thing.”

It took about two months to get the Squatter out with the help of the lawyer and the court system. In total, the process cost about $500, which they tried to offer the Squatter directly to leave. He was forced out with nothing except maybe a few copper pipes he took from the property. And whatever he earned renting the other units out illegally.

“You have to treat everything as a business. And you can’t assume people are going to do the right thing. If I had to do it again, I would have treated it as a full tenant and had an agreement,” Clint said. “But it may have happened anyway with COVID.”

As Clint mentioned, he may have been in this situation despite legal agreements with the squatter or if he had just hired the guy as a handyman. Sometimes, you can’t avoid certain things from happening in the real estate investing world. However, the important thing to know is options exist to resolve most issues, like having a squatter on your property.

A squatter can be removed using the same mechanisms as one would to remove a tenant: the eviction process. The legal machinations vary by state starting from how much notice you are required to give prior to the start of the eviction, but the guidelines or burden of proof to remove an unwanted “guest” are the same. This is a summary. Always consult a legal professional to find out the full nature of the law and proceedings:

You can also try to do what Clint did, which is offer money to get the person to move out. It can avoid higher legal fees and save you the time of having to go to court. However, as it turned out for Clint, it doesn’t always work. The results may also not be as reliable as an eviction. But, if it fails, as long as you have it documented well, it can add fodder to your case to remove the squatter or unwanted tenant.

INVESTOR MISFIRE: In an attempt to do right by a guy they thought they could trust, Clint and his team literally opened the door to the squatter. Lack of documentation for the rent for service agreement, not having someone whether a property manager or trusted person checking in on the place are all factors that contributed to this person’s ability to “squat” on Clint’s property.

FAIL FORWARD: Document. Document. Document. This includes a formal (or informal) agreement, any e-mail communication with an individual, service person or tenant. It also extends to any check-ins a property manager or trusted person may do for you while you prepare to renovate, lease or spend time deciding what your plan is with a property. Reports are a great way to show intent whether it tracks how many general contractors come visit your property to develop their bids, property tours with potential tenants, and even general maintenance checks that would occur after bad weather or on an annual basis. Consistency is also key. Have a system in place for your properties, particularly if you know it will be vacant for a period of time. Continuity between how you manage and track your properties will go a long way in court to prove your ownership and management of your investments.

Have your own story about a squatter or someone that overextended his or her welcome at your property? Tell us about it below.